Pledge to walk this route and help firm up its place in the network - every walk helps.

So far it has been reviewed by four people and surveyed by zero people and there are two issues flagged with this route.

No other people have pledged to review this route.

Your pledged routes will show up in your pledges Waylist.

Every review and survey pledged and then walked will help make the Slow Ways network better, thank you for your help!

This is a Slow Ways route connecting Cardiff and Newport (Gwent).

This is a Slow Ways route connecting Cardiff and Newport (Gwent).

This route has been reviewed by 4 people.

This route has been flagged (2 times) for reasons relating to access.

Photos of this route will appear when they are added to a review. You can review this route here.

Surveys are submitted by fellow users of this website and show what you might expect from this Slow Ways route. Scroll down the page to read more detailed surveys.

Only people who have completed our training can become Slow Ways surveyors and submit a survey. We do not vet contributors, so we cannot guarantee the quality or completeness of the surveys they complete. If you are dependent on the information being correct we recommend reading and comparing surveys before setting off. 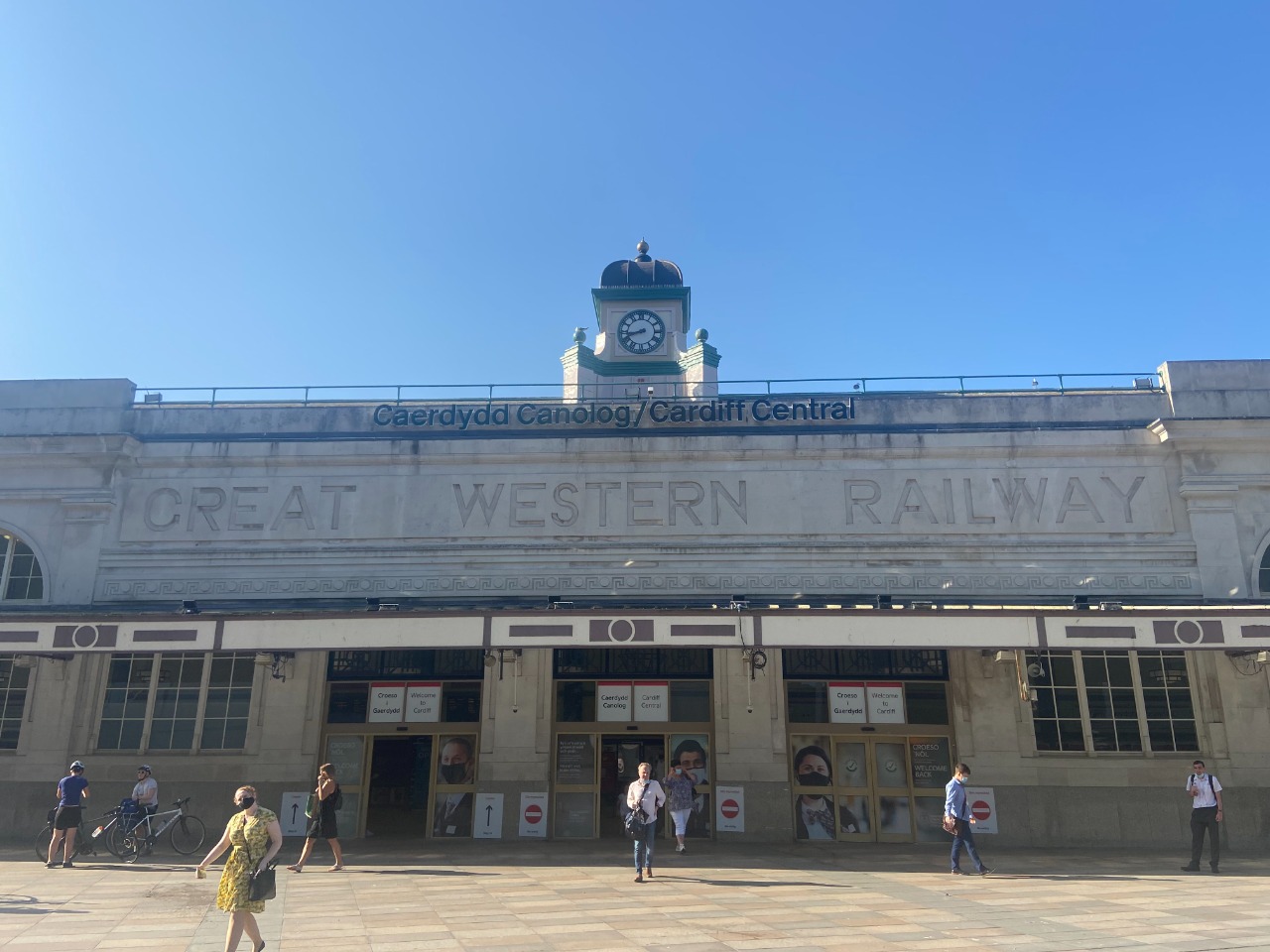 A great walk, with some minor navigational / access issues around the Pillgwenlly area, but the main problem was the link between Green Lane / Pont Estyll Lane and St. Brides village. Wheel Lane was easy enough to find - immediately after the first major reen, but it was blocked by what appeared to be a reen crossing the path. It had rained a lot leading up to my walk, so it could have been just waterlogged ground, but it was deep and way above my boots. My alternative was to go back to go back and carry on down Green Lane and turn right on to Lighthouse road, which added about half a mile to the walk, but Lighthouse road is busy and windy and not great to walk on. I`ve rated this as a "maybe" as Wheel Lane may be more accessible after a dry spell. As mentioned in other reviews, the other end of this lane at St. Brides comes out on the lane next to the west of church rather than through the church yard or to the east (as on my map).

The nice thing about this walk is it has a great combination of coast and levels. I think Cardnew2 is a much better route for navigation and access, but mainly a coastal walk once you`ve found your way out of / into the cities at either end. Great views up, down and across the estuary. There is a good stop off point at the pub (The Lighthouse Inn) on the coast on the Lighthouse Park estate, which needs a couple of hundred yards detour from this route (but is right on the Cardnew2 route).

This would be a 3 star review had it not been for the coast path beauty making it 4 stars
Some of this route was lovely, and some was very difficult to navigate. We ran Newport to Cardiff so some things may not be applicable or easier the other way but I've tried to generalise.
Things to note:
The section just outside of Newport is very rough and there were several unsavoury characters on the streets that would make some people feel uncomfortable. With not being local, I don't know an alternative.
Around St Brides the route gets very confusing. To the north, coming off Pont Estyll Lane to head through the fields it was unclear which field to take. After jumping a gate to the field we thought looked correct, the next few fields all were difficult to find exit points. We ended up heading to one that was nearest the road we could use which meant heading into cows next to the farm and having to jump a locked gate where I was concerned that an angry farmer would shout at us. From there we could take the track keeping the farm on the left before joining the road where the church is. This may be easier coming from Cardiff but the other review suggests that the church is not easy to find the route through either. Possibly at the end of the farm track you could head then north through the fields. There was a random path that was completely overgrown between two of the fields but unpassable. The gpx does not give a good route I feel.
Finally, along the coast path, it tracks slightly over suggesting taking the lower path. If you do this, not only do you not get the high coast path views but you have to jump several locked gates and some random cows blocking the way.
Otherwise there are some gorgeous views to be had.
Supermarkets in Newport and Cardiff all accessible but not much in between. Ensure you have water for the coast path section as there are no amenities at all
I would run this again if the field situation could be avoided.

Overall A very enjoyable route and provides a good path between the two cities. The only significant issue is a fairly large stretch of byway that has not been properly maintained making it unusable within the route, however by surveying the map alternative ways to go to get back on the route can be found without too much issue.

Overall a really good route between Cardiff and Newport!

Pros:
- When in the built-up areas, the route does a great job sticking to quiet residential streets or public cut-through footpaths that are really quite pleasant to walk along
- Along the coast, the path is gorgeous!
- The route is pretty varied, and Cardiff and Newport are fantastic and interesting end points with lots to explore.

Going from Cardiff to Newport, the route crosses Mercia Road by the St. Albans RC primary School but the gate for that footpath was locked. Instead, I just followed the road to Meirion Place and met back up with the Slow Way no problem.

Getting from Ffordd Pengam to Rover Way can't happen where the Slow Way route says it can, but stay on Ffordd Pengam and there's a cut-over path available opposite the Alexandra Gate.

There's a chance on Lamby Way to divert onto a parallel path; the Slow Way route isn't quite plotted that way, but take the parallel path! It's much quieter and more pleasant.

At the Church after turning away from the Welsh Coast Path, the Slow Way route has you walking through the churchyard. Instead, follow the road to the left and avoid the church altogether. I found this stretch of the route to be a little unclear, but I never had a choice of where to walk - I followed one farm track to another and it wasn't quite where I expected it to take me according to the Slow Way but it took me exactly where I needed to end up! That is: follow the path on the ground and you'll be good.

At Pillgwenlly Primary School, the path is actually to the left of where it is plotted, and then I found I had to just stay in the cut-through paths to Alma Street instead of coming out on Charlotte Green.

- The walking along the sidewalk on Lamby Way is just loud and unpleasant, but neither stretch of it was all that long. There were a couple large road crossings at roundabouts along Lamby Way that were just a bit uncomfortable. Nothing really to do about them, though...

A handful of gates/stiles along the Welsh Coast Path along the water and heading north from it, and I passed through two locked gates in the farm area north of St. Bride's Wentlooge.

It's so hard to summarise a whole walking experience in a short review for such a long and varied route, but it really was overall a great walk!.

Other Routes for Cardiff—Newport (Gwent) See all Slow Ways

Review this better route and help establish a trusted network of walking routes.

See all routes from Cardiff.

See all routes from Newport (Gwent).

Without them, some features may be disabled.

Help us analyse website use and improve your experience.

Allow us to personalise your experience and send you relevent content and offers, on this website and other websites.